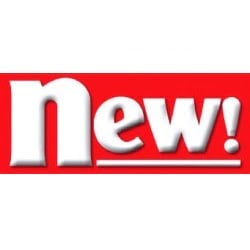 SkinViva was featured in New! Magazine in an article headlined:

The feature described a SkinViva patient whose story mirrors Caitlyn Jenner’s, who transitioned from Olympic medal-winning athlete Bruce Jenner into a glamorous woman.

Alexis Vanlee was born Paul Mitchell and spent years working in the male-dominated motoring industry. However, since childhood, she’d felt that she didn’t identify as a man and after many years of struggles, eventually found the courage to transition to becoming a woman.

She has grown her hair and taken hormones which have improved her skin. Her breasts have started to grow and her body has become more rounded and womanly.

She visited SkinViva in Manchester in order to have facial feminisation using non-surgical treatments with Dr Tim Pearce.

She explains her reaction to the treatment:

‘“I created a small lift to the tip of your nose and feminised your eyes by lifting the eyebrow, erasing the crow’s feet and creating a more almond shape,” explained my doctor, Tim Pearce. He also used filler to create fuller, higher
cheekbones.’

‘I’d finally become the “me” I wanted to be – a beautiful woman with soft cheeks and full lips.’

Alexis told New! Magazine that she intends to return to the motoring industry:

‘I’m determined to work again once I’ve fully transitioned. There aren’t many trans women in the motoring field, so I’d love to return to the showrooms and help turn a masculine trade on its head!’

‘And having a womanly face for the first time ever has given me the confidence I need to start my life all over again.’

SkinViva offer free consultations at their main clinic in Manchester and also at an extensive choice of conveniently located locations across the North West, including Cheshire, Derbyshire, Lancashire, Manchester, Stockport and Bury. A consultation is always required prior to any cosmetic treatment and this is arranged with an experienced aesthetic clinician, who would be able to carry out treatment at the same appointment if required.