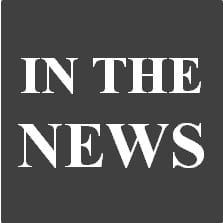 As part of their ‘Real Stories‘ campaign, SkinViva was featured in the Daily Mail online for the second time in July.

The story published 23rd July featured the case of Nichola Mahoney, who had been bullied due to a bump on her nose which grew after an accident.

Nichola had been so desperate to improve her nose and look like her idol Michelle Keegan that she’d even considered getting her nose broken on purpose in order to qualify for NHS surgery.

Thankfully, Nichola opted for the safer option of a non-surgical nose reshaping with SkinViva.

Miss Mahoney, from St Helens, Merseyside said: ‘I used to get picked on at school all the time.

‘I remember when I was on the netball team in primary school and someone threw a ball really hard at my face. It was only after that people began noticing that my nose was different, as it now had a huge hump in it.

‘I hit 13 and I suddenly became really aware of how I looked. I’d see pretty girls in the yard, or see women in magazines like Michelle Keegan, and wished I could look like them. But, unlike Michelle, I could never even wear my hair slicked back because it would make my nose look even bigger and I’d only ever have my photo taken from the front on, never from the side, in case it made me look ugly.

‘It was awful. I used to cry myself to sleep at night.

‘My mum, Sue, and my dad, Paul, always knew that my nose was a massive, massive issue, and they’d try to play it down, saying, “Nichola, get over it, there’s more important things in life to worry about”.

‘But I remember thinking about surgery as far back as when I was 11. I’d look in the mirror and think

‘I’m okay looking, I’ve got nice hair, I’ve got a nice figure….but then I’ve got this nose and it’s never going to go away unless I spend £5,000 on serious surgery’.

‘I’ve even had boyfriends in the past who would openly tell me that I’ve got a big nose. It was soul destroying.

‘My friends would tell me not to worry about it. But David Beckham could have walked up and said, “Wow, you’ve got a really nice nose” and I still wouldn’t have believed him.

I knew in my head how bad it was.’

Nichola had non-surgical nose reshaping at SkinViva using long-lasting dermal fillers, which have transformed the profile of her nose. She said:

‘I’m so pleased with the results. After the treatment I came home to my mum and dad and I just burst out crying. I couldn’t stop looking in the mirror and I was even taking “selfie” pictures of myself – something I’d have never, ever done before.

‘I’ve found fresh confidence and I’m no longer afraid to be seen out in public, as I used to be so paranoid that everyone was looking at my nose. It’s not an exaggeration to say that it has completely changed my life and I couldn’t be happier.’

See photos and full story in the Daily Mail Online

SkinViva offer free consultations at their main clinic in Manchester and also at an extensive choice of conveniently located locations across the North West, including Cheshire, Derbyshire, Lancashire, Manchester, Stockport and Bury. A consultation is always required prior to any cosmetic treatment and this is arranged with an experienced aesthetic medical professional, who would be able to carry out treatment at the same appointment if required.