Why did Kylie Jenner dissolve her Lip Filler?

Whether you like it or not, Kylie Jenner is one of the most famous people in the world right now.

The youngest of the Kardashian-Jenner clan has a net worth of £278 million. And a large (or maybe not so large) contributing factor of that has been her lips and her lip filler treatment. Jenner has admitted that when she was younger she was very self-conscious of her lips, but as the years have gone on she has become an icon for a pouty and fuller lip.

However, whenever she was asked about them, she always said that it was down to makeup and over lining her lips.

It wasn’t until 2015, when she turned 18 years old, that she admitted to having lip fillers.

‘I have temporary lip fillers. It’s just an insecurity of mine and it’s what I wanted to do.’

This created a huge spike in demand for the Lip Filler treatment around the world. Women of all ages desired that picture-perfect pout.

By Hayu [CC BY 3.0 (https://creativecommons.org/licenses/by/3.0)], via Wikimedia Commons

Fast forward to July 2018, Jenner responded to an Instagram comment that said she looked like the ‘old Kylie’. It is here she admitted that she has had all her lip filler dissolved. 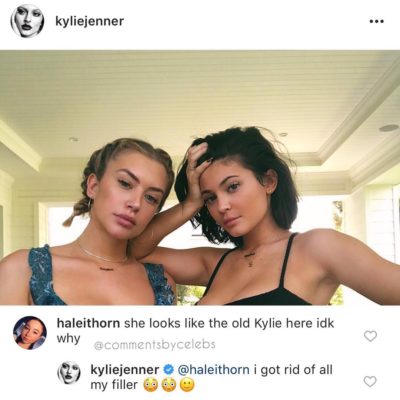 She was later pictured at The Handmaid’s Tale finale screening with a full pout, which looks like it may largely be down to makeup such as lip liner and gloss.

This doesn’t mean that people won’t like Lip Fillers anymore, but it does show how desirable the natural look is.

Kylie has been flooded with comments on her recent posts saying how beautiful she looks and how she looks better without the large amount of filler in her lips. 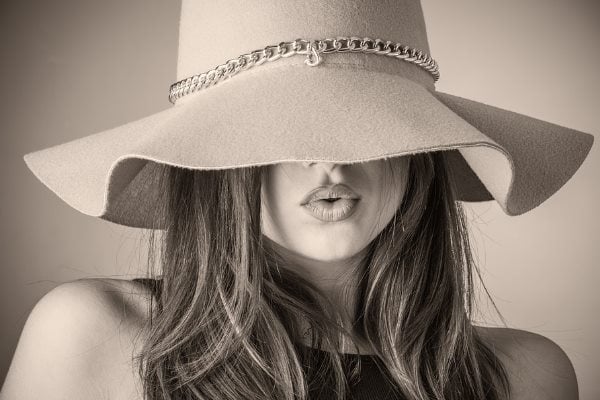 Jenner has admitted in the past that she kept adding more and more to the point where it didn’t suit the rest of the proportions on her face like her smaller forehead and nose.

What about Lip Fillers at SkinViva?

Here at SkinViva we believe in making people look natural. Our highly trained clinicians use the scientific rules of beauty and Golden Ratio method to ensure your lips will be in perfect proportion with the rest of your features.

‘Another common one we look at is the lips. The lips should be a ratio of 1:1.6 on the bottom’.

‘If you go outside that proportion or keep them at 1:1 or do the top lip bigger, then we know that the golden ratio doesn’t fit and they start to look a lot less natural’.

We offer a treatment called the Da Vinci lip which specifically uses time to analyse the shape of your cupids bow, vermilion border and the philtrum. This not only uses the Golden Ratio but also uses premium filler so it lasts more than twice as long.

A natural looking voluminous pout is still considered desirable – yet in a way where it doesn’t look like you’ve had lip fillers.

However, if like Kylie you already have filler and want it dissolved, we also offer that as an option here. Our clinicians will dissolve the filler with a special Hyalase solution.