In The Spotlight… SkinViva’s Miranda tells all

The world Economic Forum has predicted that true equality between the sexes will not be achieved until as late as 2133!

Despite the fact that 47% of the workforce are now female, women still earn around 9% less, on average, than their male counterparts. And even though large companies claim to recognise the valuable role that women play in the boardroom, females represent just 20% of board members in big businesses.

Statistics like these are why it is more important than ever to celebrate the successes of women in the workplace.

At SkinViva, strong, career driven ladies have played a huge role in building our business into what it is today. Without our female clinicians, training school, Clinic Coordinator and customer service team, the business would simply not be able to function.

And at the helm, we are lucky enough to have two female directors which brings our percentage of women in higher roles well above the national average to 50%.

So how did they do it? 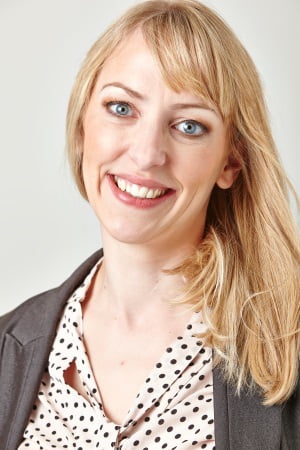 We caught up with Customer Service Director and SkinViva co-founder Miranda Pearce to find out what it takes to run your own successful business.

Miranda grew up in the picturesque city of Durham. With a university lecturer father and primary school teacher mother, education was in her blood, so it came as no surprise when Miranda was accepted into the prestigious University of Bristol to study Sociology.

Despite the mum of two’s obvious drive and aptitude for academia, working in business was never part of her plan.

“My parents always worked in the public sector and after I graduated from Bristol I followed in their footsteps and took a position as a policy writer for a college of further education. After that, I worked for the Healthcare commission which is where I first met Lee and Gillian who would later join me on the board of SkinViva Directors.”

Miranda credits her big career change to husband Tim. The pair met in a popular Durham nightclub aged just 18 and have been together ever since.

The couple tied the knot in 2006 and just two years later, they made the huge decision to go into business together

“I was about to be made redundant from my job as a regulator for the Healthcare Commission and Tim was a full time GP, who was also performing non-cosmetic surgery at a clinic in Hyde, Greater Manchester.

He asked me over dinner one night what I thought about us opening up our own clinic, because administering Botox and dermal fillers to clients was something he realised he really enjoyed doing, and it was something we could do together – Tim as the lead doctor and me as the customer services director.

I’ve got be honest, when he first asked me I freaked out and said, ‘No!’

I was scared of the idea of opening up our own company because I’d been institutionalised – I’d only ever worked for big firms and under other people’s structures. How would I cope without that framework?

Then, as my last day at work started to draw closer, I began to think about Tim’s proposition… and I fell in love with it.”

With Tim’s vision and talent as an injector and Miranda’s natural people skills, SkinViva had the perfect formula for a successful business, and it wasn’t long before they were starting to think about the next step.

“In January 2008 we had a huge surge of clients through the salon Tim was based at, and it just gave us the courage we needed to go for it. We could make it work. I spent the whole first year booking-in the clients for treatment – being as open and as honest with customers as I could, listening to my heart and trying to guide them. I loved it. But it wasn’t always easy, in the first month at SkinViva we made just £300. Now, through sheer will and hard work, we turn over more than £100,000 every month.”

As the business continued to grow, it became clear that the couple would need to take on some extra staff. And so, in 2010, SkinViva underwent its first restructure and entered the next phase in its development. Miranda brought in some old friends from her days in the NHS and they were just as excited by the company as she was.

“Lee Cottrill who I worked with in the NHS and Gillian Johnson (who I was once a PA for) came on board as directors, Lee as Business Development Director and Gillian to handle the finances, and they gave the business a much needed shake up. The way we worked was inefficient before Lee and Gillian came along, so I really relish the systems they helped put in place. They both loved the business and most importantly, shared our vision which was a massive bonus.”

With four dedicated directors behind it, the business flourished and has grown beyond recognition over the last few years. In 2013 SkinViva had expanded so much that Miranda and Tim were able to move into their first flagship clinic in Castlefield, Manchester. This in turn, allowed them to take on a full customer service and finance team, leaving the couple free to focus on their next challenge.

“In 2013 we began our training school and had no idea how much it would take off! Our aesthetic medical professionals now train other doctors and nurses in the art of injecting and are filling up training courses months in advance”

Reflecting over the last few years, Miranda still can’t believe how much she and Tim have been able to achieve and despite becoming a mother to two beautiful children and learning to juggle work and home life, her commitment to the business has never wavered.

“I am so genuinely proud of what a wonderful company we have built over the years. Every day I beam with price when I see the relationship that we have with our clients and how we have been able to make a difference to their lives. I also love seeing how far our staff have come since joining the business coming to us as apprentices at 19 and now rocking managerial roles; and finally I’m super proud of the level of skill our clinicians have built up over the years, meaning that we’re now doing treatments like VivaLifts which use techniques WE developed, that are totally cutting edge and genuinely give customers the best possible outcomes for them”

So what advice does Miranda have for budding business women?

“Go for it! There is no ‘secret’ to business – anyone from any walk of life can do it. If you believe in what you’re delivering and you try to add value to your customers at every step, profit will follow.

“Be persistent.  I’m blessed with rocket-fuelled perseverance, and you’ll need that too because there will be many down days so you’ll need to just keep ploughing on. Business is 1% inspiration and 99% perspiration!

“Invest in your knowledge. I had a spate of reading Dragons’ Den biographies at first which helped my confidence/knowledge and I still quote them from time to time.”

SkinViva offer free consultations at their main clinic in Manchester and also at an extensive choice of conveniently located locations across the North West. Clinics are held at salons and centres in Cheshire, Derbyshire, Lancashire, Manchester, Stockport and Bury.

A consultation is always required prior to any cosmetic treatment and this is arranged with an experienced aesthetic clinician. The same individual would carry out treatment and this can normally be done at the same appointment if required. This consultation is offered free of charge to enable patients to gather all the information they need with no pressure to commit unless they’re entirely happy.