SkinViva Aesthetic Clinician Interviewed about Cosmetic Treatments for Under 18s

SkinViva’s Dr Felicity was invited onto Radio 5 Live Breakfast to give her own expert perspective on the issue of under 18s wanting cosmetic treatments.

The interview was carried out after a report by The Nuffield Council on Bioethics recommended much tighter control over cosmetic treatments for under 18 year olds. The report showed that children as young as nine are being targeted by apps which allow them to ‘play’ at having cosmetic surgery makeovers.

Dr Felicity explained the interest in cosmetic treatments among the young: 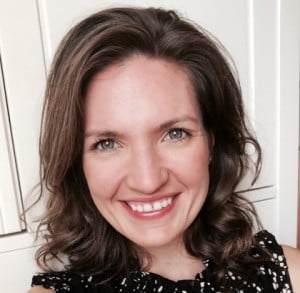 “…people definitely are wanting lips at the moment, it seems to be a big thing. They want to go bigger, fuller, more luscious and it is, I’m afraid to say, the influence of people like Kylie Jenner. They can see these people, they look up to them and that’s what they start to see as this ideal perfect image and that’s what they’re trying to achieve, so it’d be to use filler to plump the lips up a little bit.

“Noses as well, if they’ve got a little bit of a bump on their nose, again it’s all about having that perfect little profile, using filler to do that…

“Cheeks again, now we do a couple of different types of cheeks actually. For a younger person, they tend to want that more chiseled, more defined, highlighted cheekbone; whereas as you get older, you’ve actually lost volume and so we’re trying to replace volume and it’s not about having a chiseled look and that, if you give somebody who’s lost a lot of volume and it may be quite a slim older person, if you put chiselling into them it actually can make them look worse because other areas then start to look more hollow.

“So those definitely I’d say are the top 3.

“Other things – they do come for BOTOX. A lot of younger people think it’s prevention, ‘I don’t want to get the lines’, they like to have that sort of frozen smooth look – but again, it’s all about trying to educate them about keeping things natural as well and I think we see things on television or in magazines and just take a step back from there and think about what’s really in that image that you’re seeing.”

The Nuffield Council on Bioethics Recommendation

The Nuffield report has recommended tighter control around the provision of cosmetic treatments to under 18s. The report points out that it is already accepted in the UK that tattoos or sunbeds – being designed to change physical appearance without any scope for functional benefit – should not be made available to anyone under the age of 18, regardless of their ability to consent to such treatments, and regardless of their parent’s willingness to consent on their behalf. The report states:

“…there should be a strong presumption against access to these procedures by children and young people under the age of 18. Such access should be regarded as exceptional, and in need of robust justification, rather than routinely permissible at the request of parents, or children themselves.”

The team point out that NHS procedures which give a cosmetic but non-functional benefit – such as cleft lip and palate surgery – are only carried out after consultation with parents and child and the support of a multidisciplinary team to ensure that a range of views are heard. The report recognises that parents can be in a difficult situation and suggests support.

“We recommend that the UK departments of health work with the relevant health regulators, Royal Colleges, professional associations, and major provider organisations to ensure that children and young people under the age of 18 are not able to access cosmetic procedures, other than in the context of multidisciplinary healthcare. “

This would make it impossible for someone under 18 to access cosmetic procedures or treatments with the involvement of only a single practitioner, even with parental consent.

Read SkinViva’s views and further detail in Why the cosmetic industry has a responsibility to ban under 18’s.

Their team offer free consultations at their main clinic in Manchester and also at an extensive choice of conveniently located locations across the North West. Clinics are held at salons and centres in Cheshire, Derbyshire, Lancashire, Manchester, Stockport and Bury.